Brian Rosinski is a 2001 graduate of Carnegie Mellon University in Pittsburgh, Pennsylvania. Mr. Rosinski attained his law degree from the University of Pittsburgh School of Law in 2004.

Mr. Rosinski’s practice is solely dedicated to all areas family law, including child support, spousal support, alimony, equitable distribution, high net worth divorces, child custody, protection from abuse and the drafting of a variety of marital agreements, including pre- and post-nuptial agreements, as well as co-habitation agreements. He regularly practices in Allegheny, Butler, Beaver, Westmoreland and Washington Counties.

In 2014, Mr. Rosinski was elected by the membership of the Allegheny County Bar Association to serve a three-year term on its Judiciary Committee, which is responsible for interviewing and rating prospective judicial candidates. Also in 2014, he was named a Young Fellow of the Allegheny County Bar Foundation and was named a Super Lawyers Rising Star, a designation only given to 2.5% of eligible attorneys in Pennsylvania.

Outside the legal arena, Mr. Rosinski serves on the Board of Directors of the Homewood-Brushton YMCA. In December 2012 Mr. Rosinski became President of the Board of Directors of the non-profit Samaritan Counseling Center of Western Pennsylvania, one of the area’s largest providers of subsidized counseling services. He is a graduate of Leadership Pittsburgh’s Leadership Development Initiative, which is a select educational program for emerging community leaders under the age of 40. He is also active in the Young Leaders Group for United Way of Allegheny County.

Is most of a professional practice’s value in the owner/professional? 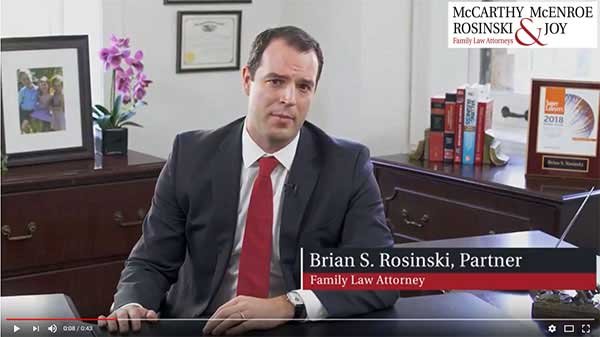 How do you protect your accounts (from bank to email) during divorce?