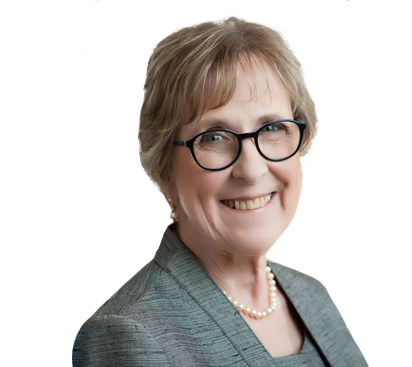 Mary McDonald was a partner with McCarthy McEnroe Rosinski & Joy for over twenty years. Her career has been a diversified one. Ms. McDonald has continued to expand her knowledge and professional “toolbox” with each passing year. Most recently she received training in Collaborative Practice and completed forty hours of mediation training. In June 2016 she became of counsel to the firm, continuing her practice on a more limited time basis.

Preceding her legal career, Ms. McDonald has had a lifelong interest in assisting those facing family issues. She progressed from a caseworker at Children Youth and Families (1973 – 1979) working with dependent children and their families to being CYF’s first staff attorney (1980-1981) by enrolling as an evening student at Duquesne University of Law in 1975 while continuing her full-time employment with the agency as a caseworker. During her law studies, she progressed to a position as the liaison with Juvenile Court, ombudsman for the agency and Legal Education Trainer. These early years were concentrated on Juvenile Law.

She continued in Juvenile Court representation but expanded her skill set to Adult Division in 1981 when recruited to the Allegheny County Law Department as an Assistance County Solicitor. In 1982 she was appointed as a Hearing Officer in the Family Division of Allegheny County Court of Common Pleas where she conducted thousands of hearings establishing, modifying and enforcing child support and spousal support. As the Administrative Hearing Officer (1985-1989) she supervised the other hearing officers and was involved in developing and implementing court procedures in the area of support.

Ms. McDonald moved from the public to the private arena in 1989 when she became associated with the Matrimonial Law Group at Reed Smith, a large international firm headquartered in Pittsburgh. In that capacity, she represented clients in all aspects of matrimonial litigation and negotiation, up to and including appellate work while still handling juvenile court matters. In 1996 she joined McCarthy McEnroe Rosinski & Joy as a partner, combining her family law background with three other women who shared her vision.

Since 2007 she has also been engaged in representing parties in the Collaborative Practice wherein resolution is reached outside the court process. She is a founding member of the Collaborative Law Association of Southwestern Pennsylvania and has completed over sixty hours of training in Collaborative Practice both as an attendee and as a trainer. For more information on this approach to settlement of disputes please go to the article on Collaborative Law which is located under the Tab “Cases and Articles.” Ms. McDonald’s practice also included representation of Catholic Charities of the Diocese of Pittsburgh in Orphans’ Court, as well as private matters.

Ms. McDonald has received an AV® Preeminent ™ Peer Review Rating from Martindale-Hubbell, which is the highest rating in both legal ability and ethical standards. She has been named in The Best Lawyers in America ® in the field of Family Law since 2013 and was named as the Best Lawyers’ 2015 Pittsburgh Family Lawyer of the Year. Ms. McDonald has also been named in Pennsylvania Super Lawyers® which is based on a statewide survey of attorneys and an evaluation by the Law and Politics’ research department.

She is currently a member of the Executive Women’s Council of Pittsburgh and a former trustee of the Serra Club of Pittsburgh; where she held several offices, including the presidency. In 2011 she was voted into the Seton LaSalle Catholic High School Hall of Fame.